3 things the seed industry must get right to tackle potyvirus

We asked Scottish Agronomy’s Eric Anderson for a personal take on the three most significant behaviour changes needed to achieve the paradigm shift of flushing virus out of the system.

Under these 6 Steps, there are 29 Integrated Pest Management (IPM) actions that will help bear down on virus with the aim of protecting the prized high virus health of Great British potato seed.

While these are all vital, we asked Scottish Agronomy’s Eric Anderson for a personal take on the three most significant behaviour changes needed to achieve the paradigm shift of flushing virus out of the system.

1 – Work together to tackle volunteers

It is a ‘no-brainer’ that more effort is required to control potato volunteers, as they are the primary source of many of our biggest problems.

These include virus, potato cyst nematode (PCN), late blight, rhizoctonia solani and verticillium wilt which are all becoming more expensive to control.

One of the major challenges in tackling volunteers is the vast areas of seed, ware and processing crops grown on rented land which has led to a mindset that it is someone else’s problem.

This must change if we are to see virus kept below target levels.

Growers will start to see a difference after one year but the goal is more long-term.

It is about being dynamic and broadening horizons, introducing a series of management measures that make incremental gains.

By building a greater understanding of the biology and ecology of potyviruses and their vectors, it will bring together the pieces of the jigsaw to create a robust system that reduces the problem.

As the Basic Payment Scheme (BPS) is phased out, agriculture will move to a system that rewards biodiversity and ecosystem services.

There will also be a focus on land quality and its ability to produce a range of crops in a more sustainable way.

It is, therefore, vital that landowners ensure that volunteers are controlled throughout the rotation and growers should work with them to help keep fields clean.

In Holland, control of volunteers is considered an important part of rotational management and if there isn’t adherence to the maximum number of potato volunteers per hectare, then you don’t get a clearance certificate for seed production.

At present there is neither a legal obligation nor penalty for British growers who fail to control potato volunteers.

I believe legislation could play an important role with consequences for poor practice.

There could even be clauses written into cropping licences including a commitment that volunteers in subsequent crops will be controlled to an agreed standard.

Stamping out volunteers will come at a cost, with sulfonylureas and fluroxypr in cereals, or clopyralid in oilseed rape and sugar beet being part of a rotational solution.

There are also targeted applications of glyphosate pre-harvest or in stubbles between potato crops.

The costs should be shared between landowner and grower, with an eye on cooperation and forging sustainable relationships. 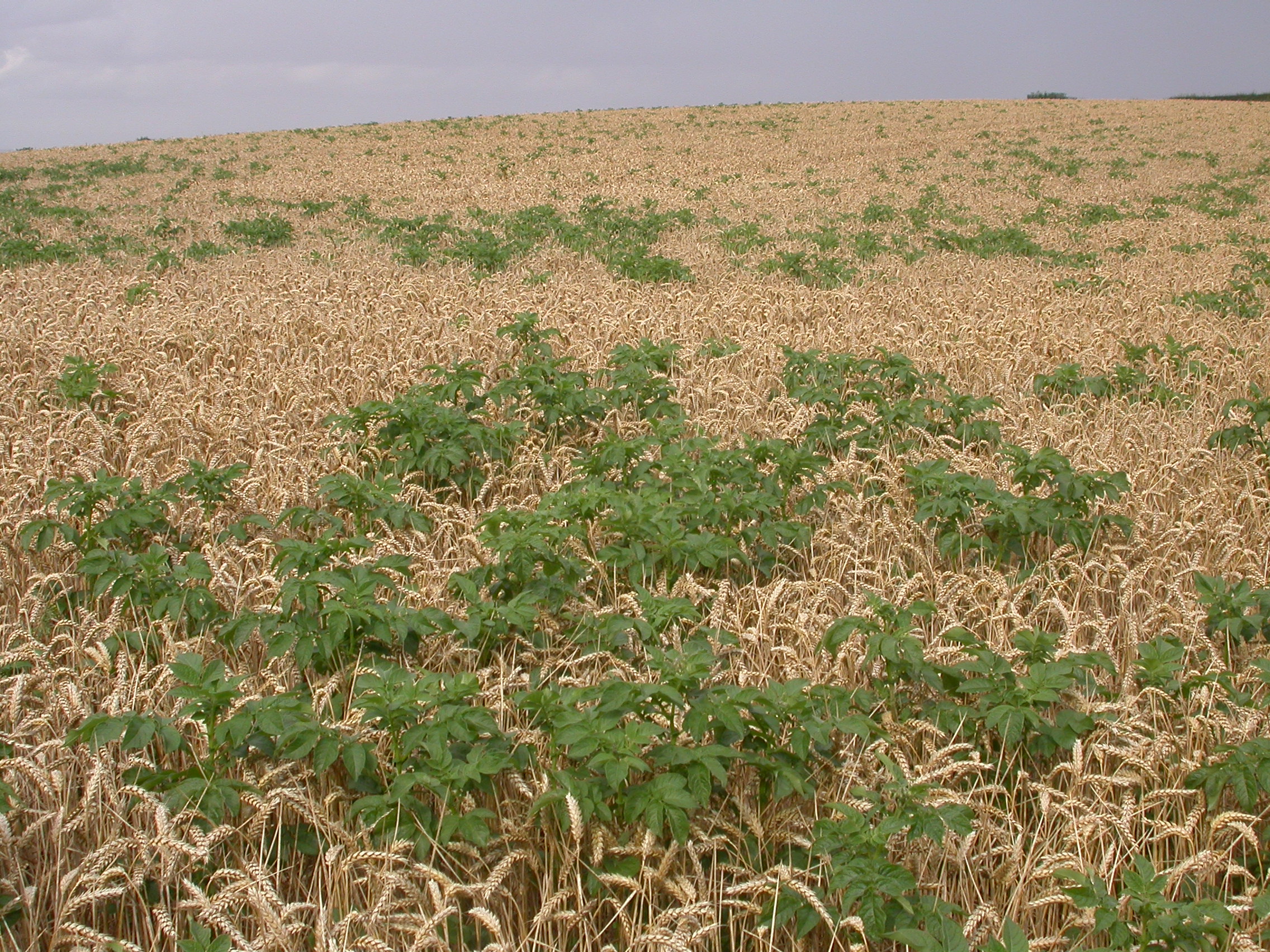 It is vital that volunteers are controlled throughout the rotation

The days of dual-purpose cropping are over and to facilitate this change requires seed producers to be paid a fair price for their produce.

Seed producers have long sold ‘tops’ – larger tubers not suitable as seed – to maximise income and this has often encouraged them to let crops grow on for too long, potentially exposing plants to risk of virus infection late in the season.

In England and Wales, a 21-day burn-off after final inspection was implemented in 2019 for stocks that had exceeded one-third virus tolerance.

A tuber indexing requirement was imposed for stocks that were not burnt off, but this was only applied to one stock, which subsequently failed inspection in 2020.

There is the continued crazy situation where a seed grower can take a voluntary downgrade and there is no prescribed burndown period.

This is the first sound reason to stop growing dual purpose crops.

The second is down to the rapidly changing labels on plant protection products, with many now precluding growers from applying certain chemicals with the same frequency, if at all, on produce destined for stockfeed or human consumption.

Two of the remaining effective insecticides – Teppeki and InSyst – have restrictions related to seed and ware crops.

Manufacturer Belchim clarified this year that oil-based adjuvants should not be used in tank mix with Teppeki on ware crops, while InSyst can only be used once in ware, as opposed to twice in seed.

This means that a seed grower applying an insecticide programme to control virus cannot market tubers for human consumption.

Furthermore, there are storage seed treatments such as Gavel which cannot be applied to ware potatoes or stock feed, but seed growers frequently apply on harvesters at lifting, effectively eliminating their ability to market outgrades legally.

Storage treatments should ideally be applied after split grading in store, so only the seed fraction is treated.

Underlying these two problems is the inadequate price that seed growers receive for their produce, which forces them to supplement seed production by selling outgrades.

If they are paid adequately, they will burndown crops sooner, leading to less virus and healthier seed.

It is about thinking holistically: planting the seed with as low level of virus as possible to minimise amplification and simultaneously reducing horizonal spread between fields, by purging the surrounding environment of volunteers.

There is also less risk of residue exceedances from pesticide use, which could potentially see products taken off the market sooner than they otherwise would.

Seed houses also need encouragement to reconsider contracts based on re-plantable hectares. This is where seed is sold by number and not by weight, encouraging growers to burn down early. 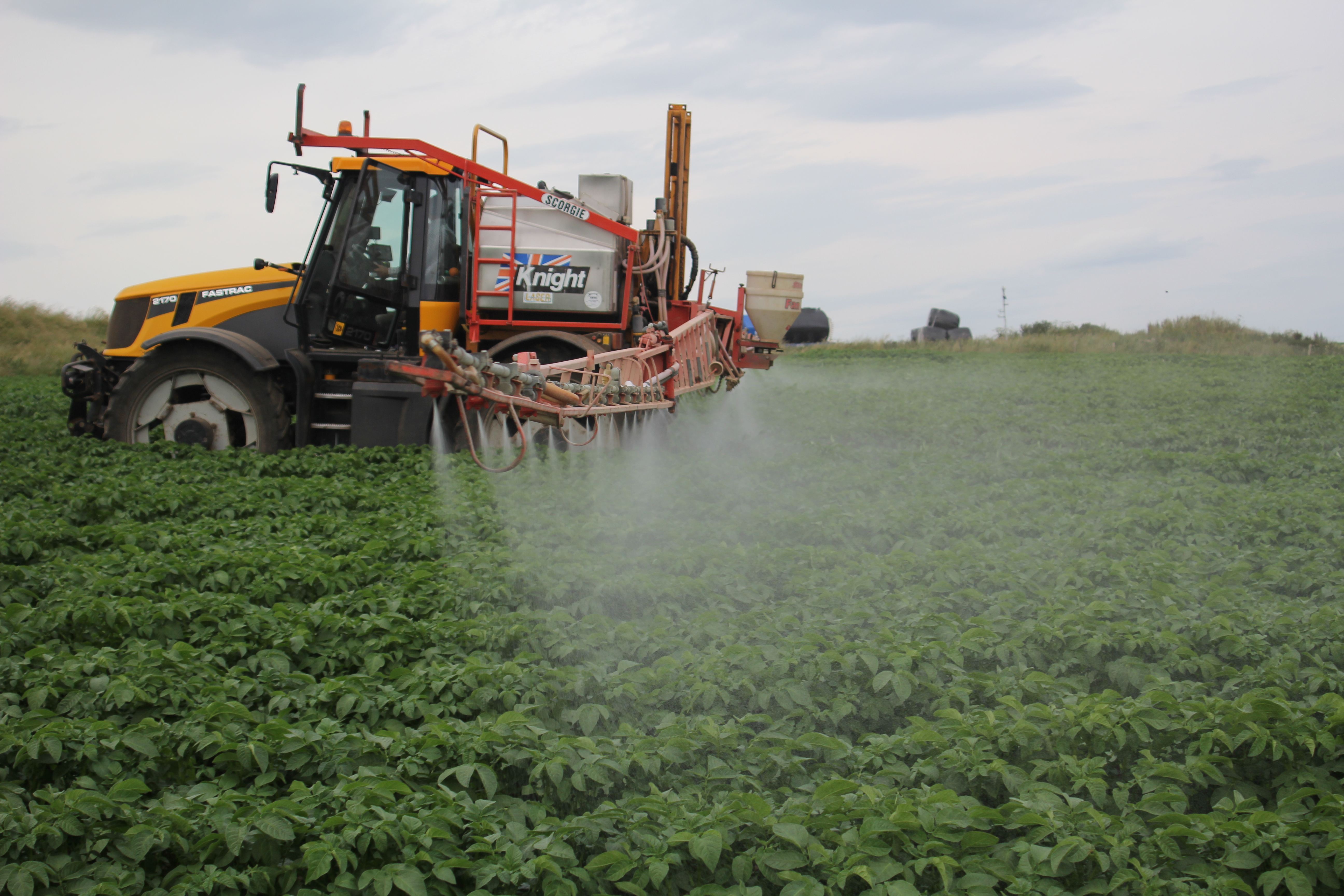 3 – Don’t stop until the haulm is dead

The third and final change comes at the end of the growing season, where growers must maintain control of virus vectors until the haulm is completely dead.

Although mature plant resistance makes a very useful contribution to control of PVYO it does not apply to PVYN.

The industry has wrongly inferred the knowledge of PVYO to PVYN and as a result is massively underestimating PVYN risk late season after second seed crop inspection.

In some varieties, PVYN and other recombinant strains are largely symptomless, meaning rogueing teams and inspectors don’t see the virus, no action is taken, and it continues to spread.

Furthermore, although PVYN spreads less readily to neighbouring plants after flowering, it is more likely that infection will be transmitted to daughter tubers: precisely the opposite effect to mature plant resistance.

For seed crop management, this means swift and timely desiccation is critical and more careful consideration needs to be paid to aphid control programmes throughout the whole season.

Work as part of the AHDB Spot Farm network during 2019 and 2020 showed that virus levels were significantly higher in seed harvested from plots where desiccation was slower and regrowth evident.

In that particular trial, it should be noted that the dominant virus present was PLRV and not PVYN, but it should serve as a reminder of the risk posed by late season transmission of virus when care is not taken right up to haulm destruction.

Typically, growers have only continued with insecticide programmes to second seed inspection, then burnt the crop down 14-21 days later, leaving a long period when it is unprotected.

Programmes now need to be continued until 7-10 days after the first desiccant is applied.

With two applications of Teppeki and two of InSyst, seed growers can achieve about eight weeks’ protection by alternating the two (Movento can only be applied from the end of flowering, when seed crops have usually been desiccated).

This will be challenging so it is important not to start the four-spray sequence too early, making use of suction and yellow water trap data to identify active species to inform the decision on when to begin.

In the early part of the season when non-colonising aphids transmitting PVY are the major threat, risk can be negated by using mineral oil applications from 30% emergence.

Sprayers should start on three-day intervals, with frequency stretched to 7 days from row closure to tuber initiation. Beyond tuber initiation, the only current mineral oil product approved in potato – CropSpray 11E – cannot be used.

Pyrethroids should not be used unless there are susceptible species present.

Alternatively, haulm destruction is achievable with spray desiccants only, even with indeterminate varieties, providing the correct nozzles, water volume and spray sequence are used. 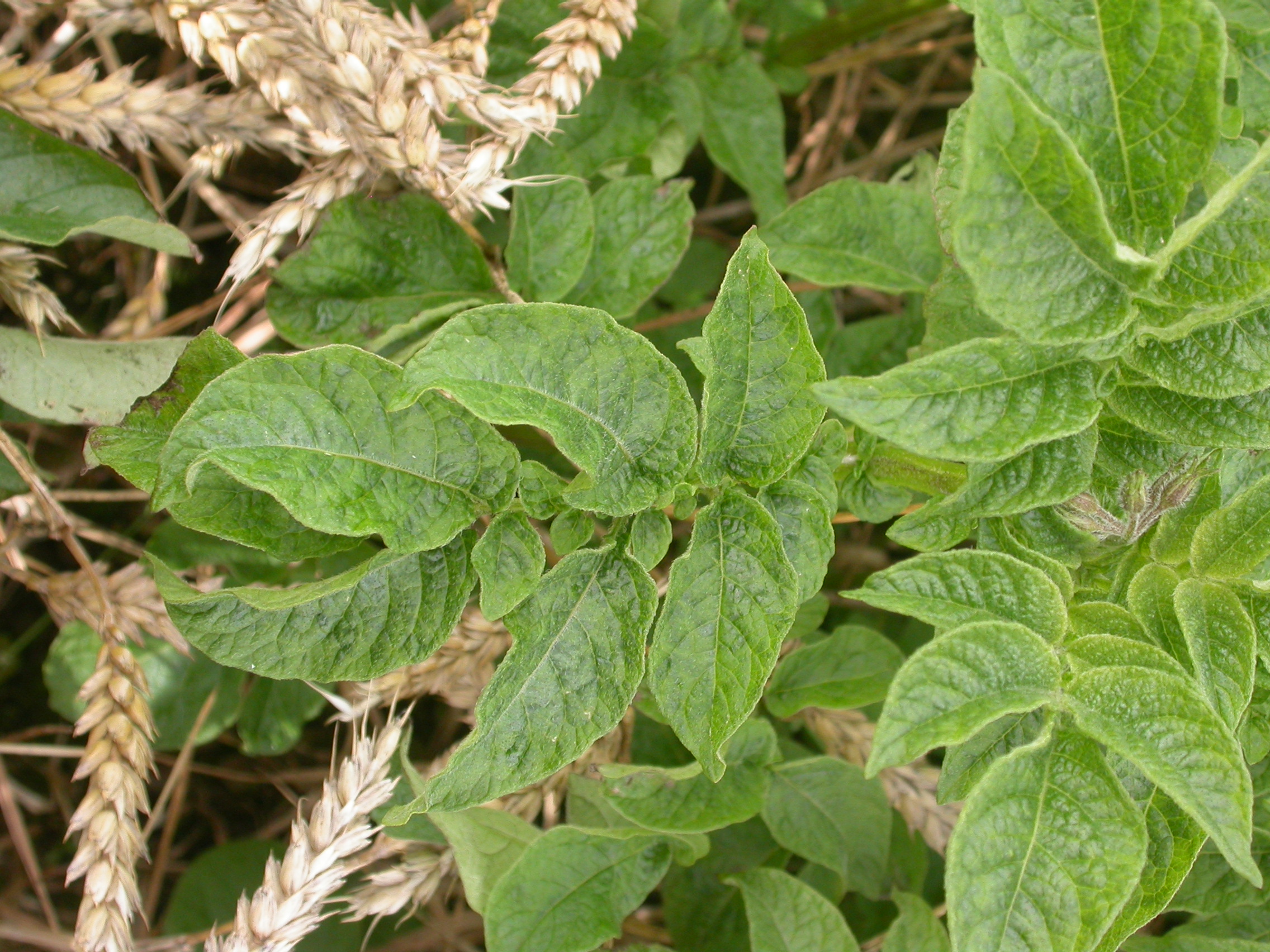